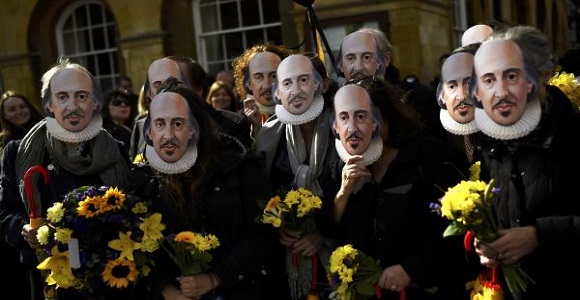 Here is an early article about a new aspect of narrative science I was developing.  It is based on a previous concept from our Dramatica theory of narrative structure called the Storymind.

The Story Mind asserts that every story has a mind of its own, as if it were some sort of mega character with its own psychology and its own personality.  Psychology is the deep structure, just as it is with real people, whereas personality are all the traits and attributes that stand on that foundation and give the story identity, again as with real people.

In the Story Mind theory, characters have two aspects.  First, each represents a facet of the overall mind.  That is their dramatic function, and it is from this function that we derive the archetypes, such as the Protagonist, Antagonist, Reason, and Emotion.

But characters also have their own personal stories as well in which they are complete human beings, each with his or her own psychology.  And so, when we look at an individual character, we can see that the same attributes they use for problem solving within their own minds are fractally represented in the overall Story Mind, each by a different character.

This led to the notion of Fractal Psychology in which when people come together in a group toward a common purpose, they quickly self-organize so that one character becomes the protagonist in the group, another the antagonist, one emerges as the voice of reason and another as the passionate emotion archetype.

Yet beyond that, groups might come together to form larger organizations in which each group becomes an archetype within the larger organization, like departments in a major corporation, each with an identifiable story of its own.

Over the years, this initial concept has continued to evolve in detail and substance.  But the seeds were first planted some five years ago as of this posting, and one of the first articles I wrote about how that theory was evolving is reprinted here:

Fractal Psychology in the Real World

What characters represent in the Story Mind is not their own psychology but rather just the small fragment of that overall entity. Essentially, in the story at large characters are nothing more than automatons – going about their functions as “intelligent agents” controlled from above (by the structure of the story as a whole).

The reason we do not easily see this is because we endow our characters with human qualities so that we might identify with them. In a sense, we must give each character at least a rudimentary psychology of its own in order for the reader or audience to empathize or sympathize with it.

But, that psychology does not drive what the character does in the story – it merely defines its personality. Personality is like subject matter or storytelling; it is not structure and does not give the character any psychology at all when it comes to its objective function in the overall story.

Another reason we do not easily see characters as objective is because of something I call “fractal psychology” (see my video on my Storymind YouTube channel). The concept is that when we gather in groups, we form a larger Story Mind as the underlying organization of that group and each adopt roles in the group that correspond to the objective characters. For example, one of us will take the role of the voice of Reason and another will be the Skeptic.

Just as characters can be subdivided into their component elements, so too, in larger groups, its members will refine their functions and specialize until all the elemental positions are taken. Then, if the group grows larger, something really intriguing happens. Individuals will form smaller story mind groups within the overall group. So, there will be one “click” or “faction” within the group that collectively act as the voice of Reason and another that functions as the Skeptical voice. Within each sub-group (sub-story) are similarly-minded individuals who all share the same basic attitude. BUT – within each sub-group, the individuals will take on other objective roles so that, for example, someone will become the Skeptic within the group that stands for Reason – essentially he or she will function as the Skeptical voice of Reason.

And finally, as the original large overall group encounters other similarly sized groups, each group will take on a function and collectively all the groups will form an even larger mind.

This is Fractal Psychology – a pet theory of mine. It explains why we are all in a constant complex web of interrelationships with our peers, our superiors and our subordinates, sometimes being driven by our own psychologies, but socially always acting as objective characters.

And so, we expect every character to have a psychology when, in fact, stories are not complex enough for that. Stories are about dealing with a single central issue with a single Story Mind and the agents that make it up. In this level of magnitude, the objective characters have no real psychology, and yet the reader or audience will expect it, for they see the story as a slice of real life in which everyone they know, themselves included, has a psychology. We, as storytellers, then humanize our automatons so that we fool the audience, sugar coat the functions to make it appear as if they are fully developed people when they truly are not.

There are, of course, two exceptions to this – the Main Character and the Influence Character. They are special because in addition to their objective functions, they also represent our sense of self and that small “devil’s advocate” voice within us with whom we argue about whether we should stick with the tried and true, even if it appears to be failing, or adopt the new and promising, even though it has never been tested.

So these two exceptional characters need to be fully developed with their own true internal thought processes. But that, alas, is another story……