If your story’s underlying or central problem is seen as a disease, the solution would be the cure. The “Focus”, however, is the principal symptom.

Since the symptoms of a disease are often more apparent than the disease itself, the symptom is called the Focus, because that’s where the attention of the characters is focused.

Even if the characters are aware of the true nature of the problem itself (which they may or may not be), they will be more attentive to the immediate effects created by the Focus.

You can enrich your story and make your characters much more human by having the them focus on various symptoms of the underlying story problem rather than on the problem itself.

Overall Story Concern:  the purposes or interests sought after by the characters overall.

Within the scenario in which your story takes place, there is an area of shared importance to all the characters in your story.  Select the item(s) that best describes this Concern.

THEORY:  Problems can manifest themselves in several ways.  Therefore, simply defining the nature of a Problem does not necessarily predict its effect.

For example, if the Problem is that there is not enough money to pay the rent, it might motivate one person to take to drink but another to take a second job.

The effects of a Problem are not necessarily bad things, but simply things that would not have happened quite that way without the existence of the Problem.  So it is with Concerns.

The choice of Concern determines the principal area affected by the story’s Problem and serves as a broad indicator of what the story is about.

USAGE:  The Concern of a story tends to revolve around a definable area of activity or exploration.  This central hub may be internal such as Memories or Conceiving an Idea (coming up with an idea).  Or, it may be external such as Obtaining or How Things are Changing.

When choosing a Concern it is often useful to ask, “Which of these items do I want the characters in my story to examine?”

Keep in mind that the Concern only describes WHAT is being looked at.  HOW to look at it is determined by choosing the Issue.

The choice of Concern sets limits on how much dramatic ground the Theme can potentially encompass and therefore includes some kinds of considerations and excludes others. 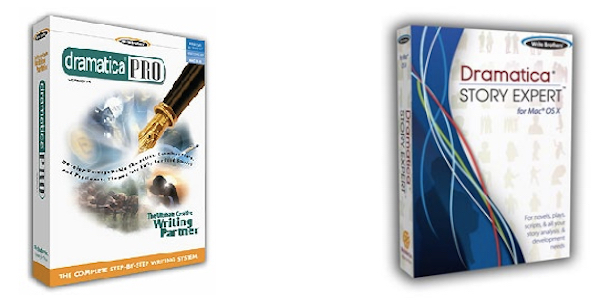 This article is excerpted from Dramatica Story Structuring Software.

If the story concerns a Main Character who Changes, he will come to believe he is the cause of his own problems (that’s why he eventually changes). If he grows out of an old attitude or approach (e.g. loses the chip on his shoulder), then he is a Stop character. If he grows into a new way of being (e.g. fills a hole in his heart), then he is a Start character.

If you want the emphasis in your story to be on the source of the troubles which has to stop, choose “Stop.” If you want to emphasize that the remedy to the problems has to begin, choose “Start.”

Whether a Main Character eventually changes his nature or remains steadfast, he will still grow over the course of the story. This growth has a direction. Either he will grow into something (Start) or grow out of something (Stop).

As an example we can look to Scrooge from Charles Dickens’ A Christmas Carol. Does Scrooge need to change because he is excessively miserly (Stop), or because he lacks generosity (Start)? In the Dickens’ story it is clear that Scrooge’s problems stem from his passive lack of compassion, not from his active greed. It is not that he is on the attack, but that he does not actively seek to help others. So, according to the way Charles Dickens told the story, Scrooge needs to Start being generous, rather than Stop being miserly.

A Steadfast Main Character’s make up, in contrast, does not change in nature. He grows in his resolve to remain unchanged. He can grow by holding out against something that is increasingly bad while waiting for it to Stop. He can also grow by holding out for something in his environment to Start. Either way, the change appears somewhere in his environment instead of in him.

If the actions or decisions taken by the character are what make the problem worse, then he needs to Stop.

If the problem worsens because the character fails to take certain obvious actions or decisions, then he needs to Start.

If you want to tell a story about a Main Character concerned with ending something bad, choose Stop.

If you want to tell a story about a Main Character concerned with beginning something good, choose Start.

The Main Character represents the audience’s position in the story. Therefore, whether he changes or not has a huge impact on the audience’s story experience and the message you are sending to it.

Think about the message you want to send to your audience, and whether the Main Character’s path should represent the proper or improper way of dealing with the story’s central issue. Then select a changing or steadfast Main Character accordingly.

(For examples of Change and Steadfast Main Characters click on Change or Steadfast above and then select the “Stories” HelpView button .)

Just because a Main Character ultimately remains steadfast does not mean he never considers changing. Similarly, a Change Main Character does not have to be changing all the time. In fact, that is the conflict with which he is constantly faced: to stick it out or to alter his approach in the face of ever-increasing opposition.

Illustrating your Main Character as wavering can make him much more human. Still, if his motivation is strong enough, your Main Character may hold the course or move toward change from the opening scene to the denouement. It all depends on the kind of experience you wish to create for your audience.

There is no right or wrong degree of certainty or stability in a Main Character. Just make it clear to your audience by the end of the story if he has been changed or not by the experience. Sometimes this happens by forcing your Main Character to make a choice between his old way of doing things or a new way. Another way of illustrating your Main Character’s resolve is to establish his reaction in a particular kind of situation at the beginning of the story that tells us something about his nature. After the story’s climax, you can bring back a similar kind of situation and see if he reacts the same way or not. From this, your audience will determine if he has Changed or remained Steadfast.