Excerpted from our Dramatica software

Try it risk-free for 90 days at Storymind.com

Characters, as with real people such as con men, shady businessmen, and seedy politicians, will often use statistics to paint a false, yet plausible, picture.

By not providing statistics for the whole group, there is no comparative, and a causal relationship between beatings and dropping out is inferred.

To build your characters, read the news, see these techniques used in life and then apply that in fiction to believably drive your story forward . 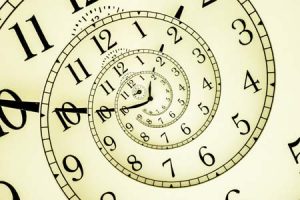 There is a big difference between flashbacks where a character reminisces and flashbacks that simply transport an audience to an earlier time. If the characters are aware of the time shift, it affects their thinking, and is therefore part of the story’s structure. If they are not, the flashback is simply a Storyweaving technique engineered to enhance the audience experience.

In the motion picture and book of Interview With The Vampire, the story is a structural flashback, as we are really concerned with how Louis will react once he has finished relating these events from his past. In contrast, in Remains Of The Day, the story is presented out of sequence for the purpose of comparing aspects of the characters lives in ways only the audience can appreciate. Even Pulp Fiction employs that technique once the cat is out of the bag that things are not in order. From that point forward, we are looking for part of the author’s message to be outside the structure, in the realm of storytelling. 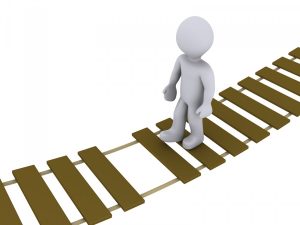 With this technique, the audience is unaware they are being presented things out of order. Such a story is the motion picture, Betrayal, with Ben Kingsley. The story opens and plays through the first act. We come to determine whom we side with and whom we don’t: who is naughty and who is nice. Then, the second act begins. It doesn’t take long for us to realize that this action actually happened before the act we have just seen. Suddenly, all the assumed relationships and motivations of the characters must be re-evaluated, and many of our opinions have to be changed. This happens again with the next act, so that only at the end of the movie are we able to be sure of our opinions about the first act we saw, which was the last act in the story.

Another example is Pulp Fiction in which we are at first unaware that things are playing out of order. Only later in the film do we catch on to this, and are then forced to alter our opinions.

Non-Causality (Out of Context Experiences)

There is often a difference between what an audience expects and what logically must happen. A prime example occurs in the Laurel and Hardy film, The Music Box. Stan and Ollie are piano movers. The setup is their efforts to get a piano up a quarter mile flight of stairs to a hillside house. Every time they get to the top, one way or another it slides down to the bottom again. Finally, they get it up there only to discover the address is on the second floor! So, they rig a block and tackle and begin to hoist the piano up to the second floor window. The winch strains, the rope frays, the piano sways. And just when they get the piano up to the window, they push it inside without incident.

After the audience has been conditioned by the multiple efforts to get the piano up the stairs, pushing it in the window without mishap has the audience rolling in the aisles, as they say.

You can hold your reader’s or audience’s interest by revealing the true size of something over the course of the story until it can be seen to be either larger or smaller than it originally appeared. This makes things appear to grow or diminish as the story unfolds.

Conspiracy stories are usually good examples of increasing scope, as only the tip of the iceberg first comes to light and the full extent is ultimately much bigger. The motion picture All The President’s Men about exposing the Watergate Scandal illustrates this nicely. Stories about things being less extensive than they originally appear are not unlike The Wizard Of Oz in which a seemingly huge network of power turns out to be just one man behind a curtain.

Here’s a short one… A person talking is often boring. People arguing are often compelling. If you have to drop exposition, try to do it in the back and forth barbs of an argument. Let the characters use the information you need to convey as barbs in their back and forth attacks. Then your story won’t grind to a halt just because you need to tell your audience something.

Write your novel step by step…

While the structural nature of a story’s goal is crucial to developing a plot that makes sense, the storytelling manner in which the goal is revealed can determine whether a plot seems clever or pedestrian. In this tip, we’ll explore the impact of some of the key methods of revealing your goal.

Sometimes the goal is spelled out right at the beginning, such as a meeting in which a General tells a special strike unit that a senator’s daughter has been kidnapped by terrorists and they must rescue her.

Other times, the goal is hidden behind an apparent goal. So, if your story had used the scene described above, it might turn out that was really just a cover story and in fact, the supposed “daughter” was actually an agent who was assigned to identify and kill a double agent working in the strike team.

Goals may also be revealed slowly, such as in “The Godfather,” where it takes the entire film to realize the goal is to keep the family alive by replacing the aging Don with a younger member of the family.

Further, in “The Godfather,” as in many Alfred Hitchcock films, the goal is not nearly as important as the chase or the inside information or the thematic atmosphere. So don’t feel obligated to elevate every story point to the same level.

As long as each key story point is there in some way, to some degree of importance, there will be no story hole. You may still have a lot of interest in that story point, however. A character’s personal goal, for example, may touch on an issue that you want to explore in greater detail.

When this is the case, let your imagination run wild. Jot down as many instances as come to mind in which the particular plot point comes into play. Such events, moments, or scenarios enrich a story and add passion to a perfunctory telling of the tale.

One of the best ways to do this is to consider how each plot point might affect other plot points, and other story points pertaining to characters, theme, and genre.

For example, each character sees the overall goal as a step in helping them accomplish their personal goals. So, why not create a scenario where a character wistfully describes his personal goal to another character while sitting around a campfire? He can explain how achievement of the overall story goal will help him get what he personally wants.

An example of this is in the John Wayne classic movie, “The Searchers.” John Wayne’s character asks an old, mentally slow friend to help search for the missing girl. Finding the girl is the overall goal. The friend has a personal goal – he tells Wayne that he just wants a roof over his head and a rocking chair by the fire. This character sees his participation in the effort to achieve the goal as the means of obtaining something he has personally longed for.

In Huckleberry Finn, Mark Twain has the boy cooking up some food for Tom Sawyer. He puts all the vegetables and meat in the same pan and explain that his pop taught him that food is better when the flavors all “swap around” a bit. The same is true for stories. Don’t just speak about goal, speak about goal in reference to as many other story points as you can.

Write your novel or screenplay step by step…

The great masters of plot create dramatic moments that multi-task. For example, a novice writer might reveal the story’s goal in a line of dialog, but a master storyteller might reveal it in such a way as to also add insight into the speaker’s personal issues, the nature of his or her relationship to another character, and also to illustrate an aspect of the story’s thematic message.

Stories in which each moment means only one thing are usually not particularly involving as they do not reflect the complexities of real life. Further, with single appreciation moments, there is only one way to appreciate a story. But the great masters of storytelling include so many multi appreciation moments that each time a book is re-read or a movie seen again for the umpteenth time, the focus of the audience attention during the unfolding of the story is never along the exact same path twice.

Each trip through the story opens new insights, provides new experiences, and reveals new surprises as new interpretations and understandings are exposed every time through the journey.

So, to keep your story, be it novel, screenplay, stage play, or even song ballad from being a one-time experience and coming off as a point-by-numbers approach to structure, consider employing multi-appreciation moments in your storytelling to enrich the experience and create an atmosphere worthy of a master storyteller.

There is a big difference between flashbacks where a character reminisces and flashbacks that simply transport an audience to an earlier time. If the characters are aware of the time shift, it affects their thinking, and is therefore part of the story’s structure. If they are not, the flashback is simply a Storyweaving technique engineered to enhance the audience experience.

In the motion picture and book of Interview With The Vampire, the story is a structural flashback, as we are really concerned with how Louis will react once he has finished relating these events from his past. In contrast, in Remains Of The Day, the story is presented out of sequence for the purpose of comparing aspects of the characters lives in ways only the audience can appreciate. Even Pulp Fiction employs that technique once the cat is out of the bag that things are not in order. From that point forward, we are looking for part of the author’s message to be outside the structure, in the realm of storytelling.