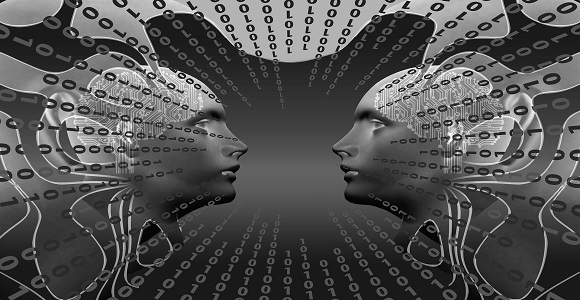 Archetypes are the spine of any story, whether you use them in a monolithic manner or sculpt them into more complex variations.  Understanding archetypes will help you to ensure your structure is human and complete.

In part 1 of this series we defined what archetypes are.  In part 2, we discovered where archetypes come from and why they showed up in story structure.  Here in part 3, we’ll define a specific cast of archetypal characters and outline how to employ them to strengthen your story.

How many archetypes are there?  I have my own answer to that question but to see what else is out there I did a quick search and found scores of lists of archetypes, each with its own collection.  One of them promised (and actually provided) more than three hundred different archetypes!

In looking through that group, I discovered something interesting:  There was no consistency to what they considered to be an archetype.  Some were defined by their profession, such as “Chef.”  Now, I suppose if I really twisted my head around, I could see a “Chef” archetype as being a character who goes through life with recipes, trying to bring things together into a finished whatever, though it seems a bit of a stretch.

Another archetype was “Builder,” but how is that much different from a Chef?  The Builder probably has plans (a recipe) that he uses in life to try and make things (like a meal, or a perfect marriage or, again, whatever).

And then there were archetypes put forth by Jung: the Mother, the Trickster, and the Hero, for example.  The Mother is a relationship by birth, the Trickster is defined by what he (or she) tries to do to others, and the Hero is a Hero because of his stout heart, I imagine, or perhaps because of heroic acts.  You can see these kinds of folks in real life, but what is the consistency that defines them or the underlying concept that binds them all together?

The farther I read through this extensive list, the more confusing it became trying to understand what made an archetype an archetype – be they con man, coward, or crone.  And worse, it gave me no idea how a Coward might interact with a Chef, or a Trickster with a Crone.

Honestly, it’s kind of a mess out there in archetype-land.  And that’s what my partner Chris and I discovered some thirty years ago when we first began work on what was to become our own theory of story structure, including our own list of archetypes.

If you’ve read in the first two articles in this series, you know that we came to believe that archetypes – true archetypes – represent the most fundamental human attributes that we all share such as Reason, Emotion, Skepticism, and Faith.

When we are trying to understand what’s happening in our lives and chart a course forward, we bring all of these attributes to bear on the problem so we can see the issues from all angles by using all the mental tools we have to make the best decisions.

That’s how we do it as individuals.  However, when we gather together in groups such as a team or a company or even a family, and we agree to work toward a common cause or purpose, the group automatically self-organizes so that one person emerges as the voice of Reason for the group at large, and other becomes the resident Skeptic. Least ways, that’s our theory.

In other words, we each take on roles representing one of the fundamental approaches we take to solving problems for ourselves.  And in this way, the group benefits from having a number of specialists on the job, rather than a collection of general practitioners, all trying to do the same thing.  It is kind of a natural progression of social evolution when humans bond together.

So, in stories (which try to represent the human issues of real life), every character uses all these traits to solve their personal problems in the tale, but take on the role of representing just one of these traits when working with the group.  And those roles ultimately became embedded in the conventions of story structure as archetypes.

Now our theory of story structure is a lot more detailed and complex than that, but you get the idea.  And based on that idea, here is our list of archetypes associated with the human qualities they represent.

As you can see by the primary attributes listed, the driver archetypes directly try to grapple with the problem whereas the passenger archetypes think about consequences and put the problem in context.  It is just the way the human mind works when it fashions narratives to get a grip on the situation.

Now here are those same attributes again with their archetypal names.

Let’s take the archetypes one by one just to get a sense of how each human attribute shows up in a story.

First up, the Protagonist.  The Protagonist is the character that keeps on plugging away at the goal, no matter what.  That’s the human quality of Initiative – the motivation to affect change, get up and go, make something happen, shake things up, and so on.

Next, the Antagonist.  The Antagonist is the character that wants to prevent the goal from being accomplished, no matter what.  That’s the human quality of Reticence (reticence to change) – the motivation to keep things as they are, put them back the way they were, quash the fires of rebellion, and so on.

Side note:  In James Bond films, it is the villain who takes the first strike and Bond who thwarts him, so from an archetypal standpoint, the villain is the Protagonist and Bond is the Antagonist, just by the human attributes they represent in structure.  Just think about that for a moment.  It is one reason why Bond seems like a different kind of hero.  There’s a lot more about this kind of thing in our theory, but its a bit off-the-point for now, so lets look at the next pair of archetypes.

The Reason archetype is the character who tries to solve every issue by figuring it out.  They apply logic to the matter, and if it doesn’t make sense, they are against it (rather ignoring the humanity of the situation).

The Emotion archetype is the character who wants everyone to follow their heart – be yourself, if it feels right do it (as we used to say in the 60’s).  Of course, now I’m actually in my 60’s but that’s another story….

Now before we move on to the passengers, consider how these archetypes always travel in  pairs.  Protagonist / Antagonist and Reason / Emotion.  Every archetype has a counter part, and the conflict between the characters in each pair mirrors the conflicts in our own minds as we duke it out between two different ways of deciding what to do so we can have confidence in the last one standing as the approach to take.

In other words, our initiative is weight or pitted against our reticence – should we do something or let sleeping dogs lie?  Which is better?  Well, that all depends on the situation, and that’s what stories are all about: The author is telling us that in this particular situation, it is better to take initiative, or that it is better to try and maintain the status quo.  But the primary decision we have in the world is to act or not to act, and that’s why Protagonist and Antagonist have at each other as the problem-solving effort of the story progresses – to provide evidence for the author’s message about which is the better approach in this specific case that the story explores.

It is the same with Reason and Emotion.  But it is also different in a big way.  Initiative and Reticence are diametrically opposed.  Intellect and Passion can be opposed, but don’t have to be.  Sometimes they can actually agree.  Sometimes what makes the most sense also feels the best.  Sometimes what makes sense feels so-so.  And sometimes it feels like a horrible thing to do.  Both Reason and Emotion might also agree that something is rotten – it doesn’t make sense and it doesn’t feel right either.

As you can see, with these two pairs of archetypes we’ve discovered two different kinds of character relationships.  And when you build a story around each of these characters, you’ll see all of these pop up as it unfolds.

Now, let’s take a look at the passengers to get a better grip on those archetypes…

The Guardian looks out for consequences as in, “Where’s this all going to lead to?” or “Fine, but what price might we have to pay later.”  These are the functions of the human quality of conscience.

When you think about it, if you strip away all the moral associations, Conscience is really about thinking about the ramifications and Temptation is going for the immediate benefit (we’ll get around the consequences later..  somehow….)

And so, Guardian and Contagonist are partly about the long term gain vs. the short term gain.  You see folks who lean more to one or the other in real life, but we all have both of those two traits  – even a sociopath weighs the immediate benefit vs. the eventual risk.

Of course in stories, the overall plot is about the group, so these attributes show up like they do in real-life organizations: Confidence says, “Go team!  I know we can do it!” where Doubt is more like Eeyore or the Cowardly Lion, “I think we’d better give up on this because we haven’t got a chance.”

Now I could go on and on about these archetypes and, in fact, I actually have!  Here’s a link to a free online version of the book we wrote about our theory of story structure.

You might also be interested in the software we created based on the theory.  You can try it risk-free for 90 days!  Check it out…

Though this concludes our brief introduction to archetypes, in future articles, we’ll break the archetypes into smaller dramatic elements and show how you can rearrange those to create more complex and deeper characters that will fulfill all necessary structural roles.

Here’s something else I made for writers: