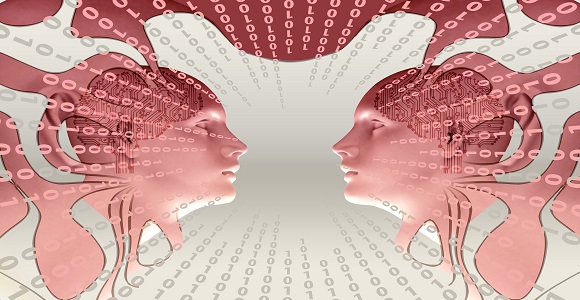 Writers and narrative theorists often speak of Archetypes.  When they do, Jung and Campbell and the Hero’s Journey quickly come to mind.  And yet, if pressed, most writers would admit they don’t really have a solid grip on what an archetype is, where they come from, and how they can or should be used in a story.

So, here’s a little exploration into the nature and function of archetypes in narrative to give you something a little more definitive…

First of all, archetypes are structural characters.  That means that a Protagonist is a Protagonist whether they are man, woman, creature, or humanized force of nature.  And it doesn’t matter how old they are, what their goal is, or what personality traits they have.

If you strip away all those storytelling elements, Hamlet is the same as Homer Simpson as Protagonists.

So what is this dramatic function that defines a Protagonist and makes them all the same?  By definition, a Protagonist is the character who will not stop trying to achieve the overall story goal until they succeed or die trying.

Okay, but that is very plot-oriented.  What about stories that focus on a troubled character who has to grapple with all kinds of life issues and perhaps make a decision or take a leap of faith in order to resolve them?

Well, the character in story who dealing with an inner demon or has a point of view (like Scrooge) that really needs changing is called the Main Character.  The Main Character in a story is the one you root for – it is the character you want to find peace and/or happiness.  And all the emotional ups and downs along the way seem to revolve around them.

Often, a Main Character is the same person as the Protagonist.  In this case,  you have a Hero – the guy leading the effort to achieve the goal is also the guy who is grappling with an inner issue.  And in the end, they will either succeed or not in the goal, and they will either resolve their personal issue or not.

The goal and the personal issue aren’t really tied together, so you can have four kinds of endings:

Getting back to archetypes, we can see why a Hero isn’t a true archetype but more of a stereotype who is created by making the same person in a story both the Protagonist and the Main Character.

Of course, the Protagonist is not always the Main Character.  Consider both the book and movie versions of To Kill A Mockingbird.  In the story, it is Atticus, the righteous lawyer (played by Gregory Peck in the movie) who is the Protagonist.  He has the goal of trying to get an acquittal for a black man wrongly accused of raping a white girl in a small southern town in the 1930s.  He fails to do so, and after the conviction the man is killed trying to escape.

But Atticus is not the Main Character of To Kill A Mockingbird.  The Main Character is Atticus’ young daughter Scout. We see the story through her eyes.  And scout is the one with a personal issue to resolve: She believes that Boo Radley, the emotional challenged man who is kept in a basement down the street by his family, is a monster – a boogeyman who would kill children if he ever got hold of them.

Yet Scout has never seen Boo but has only bought into the rumors about him.  In the course of the story, Boo secretly protects Scout and her brother from the wrath of the white girl’s father who seeks to harm them because of Atticus defending the black man.

In the end, Scout realizes that it is Boo who has always looked after them from the shadows.  She had him all wrong, and she now smiles and accepts him for the caring man he really is.

And so, the message of To Kill A Mockingbird is that we (even innocent children) can be prejudiced whenever we prejudge someone based on hearsay and rumor, rather than by our own experience.

Imagine if Atticus were the Main Character instead.  Then the reader/audience would come out of the story feeling all self-righteous by standing in Atticus’ shoes.  Atticus never wavers in his belief in fair justice, so he has nothing to grapple with.  But by making Scout the Main Character, the message strikes home to the reader/audience at an almost subconscious level – deep enough to possibly make us all reconsider our preconceptions about others.

As you can see, a Protagonist is an archetype defined simply by being the character who will never stop pursuing the story goal.  And in this regard, Hamlet is no different than Homer Simpson.

The Main Character is not an archetype but a perspective – a character with whom the reader/audience can identify to provide a first person experience in regard to the story and an opportunity for the author to send a message about a particular outlook, such as with Scrooge.

At the end of part one of our introduction to archetypes we can sum up a few things:

As the final thought for part one, any of the archetypes might be made the Main Character so, for example, we might see the story through the eyes of the Antagonist, rather than the Protagonist, and it would be the Antagonist who is also the person struggling with a personal issue.  In this example, we have created one of the forms of an Anti-Hero.

Are there other kinds of Anti-Heroes?  Yes!  Who are they, and who are the other archetypes, and where do archetypes come from, and how can an author best put them to work?

These and many other questions will we answered in A Brief Introduction to Archetypes ~ Part 2 -coming soon….

Author’s note:  Most of these concepts come from the Dramatica theory of narrative structure I developed along with my writing partner, Chris Huntley.  They became the basis for our Dramatica Story Structuring Software.  Click the link to try it risk-free.

Here’s something else I made for writers…