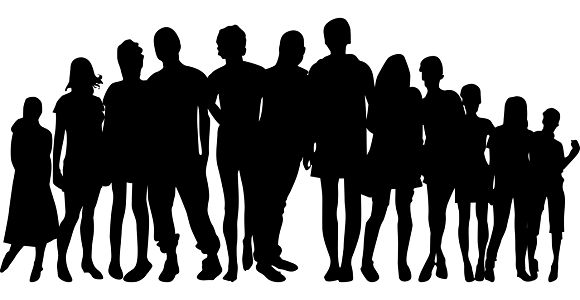 Perhaps the most fundamental error made by authors, whether novice or experienced, is that all their characters, male and female, tend to reflect the gender of the author. This is hardly surprising, since recent research indicates that men and women use their brains in different ways. So how can an author overcome this gap to write characters of the opposite sex that are believable to all readers?

In this article, we’ll explore the nature of male and female minds and provide techniques for crafting characters that are true to their gender.

At first, it might seem that being male or female is an easily definable thing, and therefore easy to convey in one’s writing. But as we all know, the differences between the sexes have historically been a mysterious quality, easily felt, but in fact quite hard to define. This is because what makes a mind male or female is not just one thing, but also several.

Anatomical sex describes the physicality of a character – male or female. Now, we all know that people actually fall in a range – more or less hairy, wider or narrower hips, deeper or higher voice, and so on. So although there is a fairly clear dividing line between male and female anatomically, secondary sexual characteristics actually create a range of physicality between the two. Intentionally choosing these attributes for your characters can make them far less stereotypical as men and women.

Sexual Preferences may be for the same sex, the opposite sex, both, or neither (or self). Although people usually define themselves as being straight, gay, bi, or celibate, this is also not a fixed quality. Statistics shows, for example, that 1/3 of all men have a homosexual encounter at least once in their lives.

Although it often stirs up controversy to say so, in truth most people have passing attractions to the same sex, be it a very pretty boy or a “butch” woman.

Consider the sexual preference of your characters not as a fixed choice of one thing or another, but as a fluid quality that may shift over time or in a particular exceptional context.

Gender Identity describes where one falls on the scale between masculine and feminine. This, of course, is also context dependent. For example, when one is in the woods, at home with one’s family, or being chewed out by the boss.

Gender Identity is not just how one feels or thinks of oneself, but also how one acts, how one uses one’s voice, and how one wishes to be treated. Often, a male character may have gentle feelings but cover them up by overly masculine mannerisms. Or, a female character may be “all-business” in the workplace out of necessity, but wishes someone would treat her with softness and kindness.

Actually, Gender Identity is made up of how one acts or wishes to act, and how one is treated or wishes to be treated. How many times have we seen a character who is forced by others to play a role that is in conflict with his or her internal gender self-image? Gender Identity is where a writer can explore the greatest nuance in creating non-stereotypical characters.

Finally, Mental Sex describes where one falls on the scale from practical, binary, linear, logistic, goal-oriented thinking to passionate, flexible, emotional, process-oriented thinking. In fact, every human being engages in ALL of these approaches to life, just at different times and in different ways.

Now, in creating characters, consider that each of the four categories we just explored is not a simple choice between one thing or another, but a sliding scale (like Anatomical Sex) or a conglomerate of individual traits (like Gender Identity). Then, visualize that wherever a character falls in any one of those four categories places absolutely no limits on where he or she may fall in the other categories.

For example, you might have a character extremely toward male anatomical sex, bi-sexual (but leaning toward a straight relationship at the moment), whose gender identity is rough and tumble (but yearns to be accepted for his secret sensitivity toward impressionistic paintings) who is practical all the time (except when it comes to sports cars).  Any combination goes.

But when it comes to just Mental Sex by itself, there are four sub-categories within that area alone which tend to define the different personality types we encounter:

Memory relies on our recollections to organize our considerations in a give situation toward components or processes.  This can lead us to be more logistic or holistic by training, even if it is contrary to our conscious preference.

Subconscious is driven by the sum total of all our experiences, lumped together beneath the level of accessible memory.  It provides the tendencies we have to be attracted or repelled from the situations and activities we encounter in life.

You might expect PRE-conscious to be in this list before Conscious, but there is a reason why it is here at the deepest level of our mental aspects.  Preconscious is a filter that stands between us and what we perceive.  It diminishes some things and enhances others.  In the extreme, it make things disappear or appear to exist when in fact they do not.

Think of Rose Colored Glasses, prejudices, or matrixing where we see animals in the clouds or faces in the patterns of floorboards, and you’ll get a feel for how the preconscious works.  Perhaps the best example is that after a time in a room we no longer hear the air conditioner or the refrigerator or the fish tank filers.  In psychology this is called a selective filter, and it is due to habituation.

But in terms of mental sex, the preconscious is even more than that.  There appears to be a difference in the wiring of the brains of men and women that is not due to experience but cast before birth.  And that leads to a difference in perspective in which men and women do not necessarily see our world the same way inherently.

In brief, each of these “levels” or “attributes” of the mind can lean toward seeing the world in more logistic or holistic terms.   And all four levels can be either one regardless of what the other three tend to be.

And so, people in the real world can be incredibly complex and in very subtle ways when it comes to the kinds of mental attributes we, as a society, tend to associate with one gender or the other.

Finally, beyond all of these considerations is the cultural indoctrination we all receive that leads us to respond within social expectations appropriately to the role associated with our anatomical sex. These roles are fairly rigid and include what is proper to wear, who speaks first, who opens the door or order the wine, who has to pretend to be inept where and skilled where else (regardless of real ability or lack there of in that area), the form of grammar one uses in constructing sentences, the words one is expected to use (“I’ll take a hamburger,” vs. “I’d like a salad”), and the demeanor allowable in social interaction with the same and the opposite sex, among many other qualities.

In the end, writing characters of the opposite sex requires a commitment to understand the difference between those qualities, which are inherent and which are learned, and to accept that we are all made of the same clay and merely sculpt it in different ways.