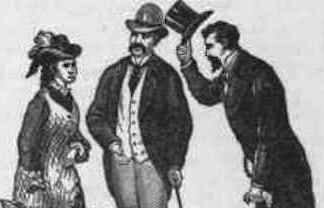 Some stories introduce characters as people and then let the reader/audience discover their roles and relationships afterward. This tends to help an audience identify with the characters.

Other stories put roles first, so that we know about the person by their function and/or job, then get closer to them as the act progresses. This tends to make the reader/audience pigeon-hole the characters by stereotype, and then draw them into learning more about the actual people behind the masks.

Finally, there are stories that introduce character relationships, either situational, structural, or emotional, at the beginning. This causes the audience to see the problems among the characters but not take sides as strongly until they can learn about the people on each side of the relationship, and the roles that constrain them.

Don’t forget that first impressions stick in our minds, and it is much easier to judge someone initially than to change that judgment later. Use this trait of audiences to quickly identify important characters up front, or to put their complete situations later, thereby forcing the reader/audience to reconsider its attitudes, and thereby learn and grow.