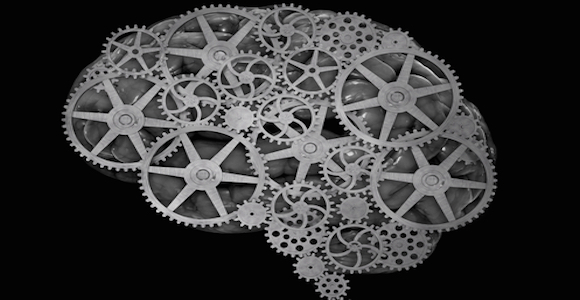 As with people, your story’s mind has different aspects. These are represented in your Genre, Theme, Plot, and Characters. Genre is the overall personality of the Story Mind. Theme represents its troubled value standards. Plot describes the methods the Story Mind uses as it tries to work out its problems. Characters are the conflicting drives of the Story Mind.

To an audience, every story has a distinct personality, as if it were a person rather than a work of fiction. When we first encounter a person or a story, we tend to classify it in broad categories. For stories, we call the category into which we place its overall personality its Genre.

These categories reflect whatever attributes strike us as the most notable. With people this might be their profession, interests, attitudes, style, or manner of expression, for example. With stories this might be their setting, subject matter, point of view, atmosphere, or storytelling.

We might initially classify someone as a star-crossed lover, a cowboy, or a practical joker who likes to scare people. Similarly, we might categorize a story as a Romance, a Western, or a Horror story.

As with the people we meet, some stories are memorable and others we forget as soon as they are gone. Some are the life of the party, but get stale rather quickly. Some initially strike us as dull, but become familiar to the point we look forward to seeing them again. This is all due to what someone has to say and how they go about saying it.

The more time we spend with specific stories or people the less we see them as generalized types and the more we see the traits that define them as individuals. So, although we might initially label a story as a particular Genre, we ultimately come to find that every story has its own unique personality that sets it apart from all others in that Genre, in at least a few notable respects.

Everyone has value standards, and the Story Mind has them as well. Some people are pig-headed and see issues as cut and dried. Others are wishy-washy and flip-flop on the issues. The most sophisticated people and stories see the pros and cons of both sides of a moral argument and present their conclusions in shades of gray, rather than in simple black & white. All these outlooks can be reflected in the Story Mind.

No matter what approach or which specific value is explored, the key structural point about value standards is that they are all comprised of two parts: the issues and one’s attitude toward them. It is not enough to only have a subject (abortion, gay rights, or greed) for that says nothing about whether they are good, bad, or somewhere in between. Similarly, attitudes (I hate, I believe in, or I don’t approve of) are meaningless until they are applied to something.

An attitude is essentially a point of view. The issue is the object under observation. When an author determines what he wants to look at it and from where he wants it to be seen, he creates perspective. It is this perspective that comprises a large part of the story’s message.

Still, simply stating one’s attitudes toward the issues does little to convince someone else to see things the same way. Unless the author’s message is preaching to the audience’s choir, he’s going to need to convince them to share his attitude. To do this, he will need to make a thematic argument over the course of the story which will slowly dislodge the audience from their previously held beliefs and reposition them so that they adopt the author’s beliefs by the time the story is over.

Novice authors often assume the order in which events transpire in a story is the order in which they are revealed to the audience, but these are not necessarily the same. Through exposition, an author unfolds the story, dropping bits and pieces that the audience rearranges until the true meaning of the story becomes clear. This technique involves the audience as an active participant in the story rather than simply being a passive observer. It also reflects the way people go about solving their own problems.

When people try to work out ways of dealing with their problems they tend to identify and organize the pieces before they assemble them into a plan of action. So, they often jump around the timeline, filling in the different steps in their plan out of sequence as they gather additional information and draw new conclusions.

If an author blends these two aspects together, it is very easy miss holes in the internal logic because they are glossed over by smooth exposition. By separating them, an author gains complete control of the progression of the story as well as the audience’s progressive experience

If Characters represent the conflicting drives in our own minds yet they each have a personal point of view, where is out sense of self represented in the Story Mind? After all, every real person has a unique point of view that defines his or her own self-awareness.

In fact, there is one special character in a story that represents the Story Mind’s identity. This character, the Main Character, functions as the audience position in the story. He, she or it is the eye of the story – the story’s ego.

In an earlier tip I described how we might look at characters by their dramatic function, as seen from the perspective of a General on a hill. But what if we zoomed down and stood in the shoes of just one of those characters, we would have a much more personal view of the story from the inside looking out.

But which character should be our Main Character? Most often authors select the Protagonist to represent the audience position in the story. This creates the stereotypical Hero who both drives the plot forward and also provides the personal view of the audience. There is nothing wrong with this arrangement but it limits the audience to always experiencing what the quarterback feels, never the linemen or the water boy.

In real life we are more often one of the supporting characters in an endeavor than we are the leader of the effort. If you have always made your Protagonist the Main Character, you have been limiting your possibilities.