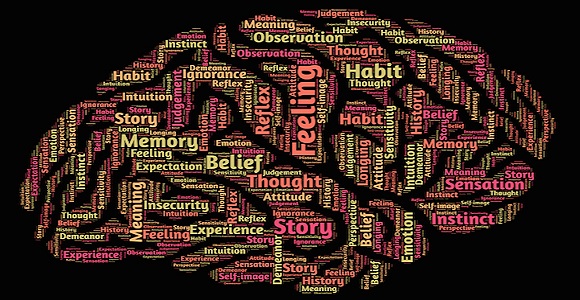 The Story Mind concept is a way of looking at a story as if all the characters were facets of a larger personality, the mind of the Story itself.

To illustrate, imagine that you stepped back from your story far enough that you could no longer identify your characters as individuals. Instead, like a general on a hill watching a battle, you could only see each character by his function:

There’s the guy leading the charge – that’s the Protagonist. His opponent is the Antagonist. There’s the strategist, working out the battle plan – he’s the Reason archetype. One soldier is shouting at the pathos and carnage – he’s the Emotion archetype.

The structure of stories deals with what makes sense in the big picture. But characters aren’t aware of that overview. Just like us, they can only see what is around them and try to make the best decisions based on that limited view. And so characters must also be real people as well, with real drives and real concerns.

Characters, therefore, really have two completely different jobs: They must act according to their own drives and desires and also play a part in the larger mosaic of the story as a whole. The trick is to create a story in which these two purposes work together, not against each other.

As individuals, each character must be fully developed as complete human beings. As cogs in the Great Machine, they must each fulfill a function. So, when we develop our characters we need to stand in their shoes, make them real people, and express ourselves passionately through each of their points of view. But when we develop our story’s structure, we must ensure that each character fulfills his, her, or its dramatic purpose in the story at large.

It is that larger purpose that we call the Story Mind. As previously described, the Story Mind is like a Super Character that generates the personality of the overall story itself, as if it were a single, thinking, feeling, person. So, in addition to being complete people, each of our characters also represents a different aspect or facet of a greater character, the Story Mind.

For example, the Reason archetype represents the use of our intellect. The Emotion archetype illustrates the impact of our feelings. Individually as complete characters, they each employ both Reason and Emotion in regard to their own personal issues. But when it comes to the central issue of the story – the message issue that is the essence of what the overall story is about – then one of these two Characters will attempt to deal with that issue solely from a position of Reason and the other solely from the position of Emotion.

This is why we, the audience, see characters simultaneously as real people and also by their dramatic functions, such as Protagonist and Antagonist. Regarding their own concerns, characters are well rounded. Regarding the overall concern of the story as a whole, they are single-minded. Collectively, they describe the conflicting motivations or drives of the Story Mind.