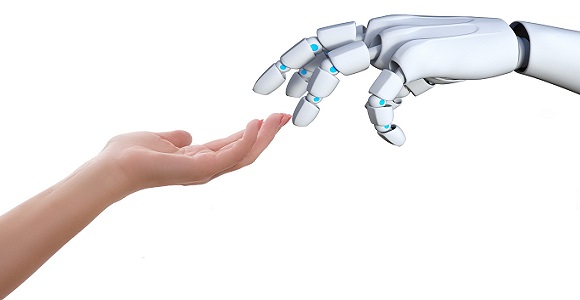 We are all pattern makers. This is evident in everything from ink blot tests to seeing figures in constellations, faces in wood grain and images in clouds. The patterns we make and how we come to make them are reflective of the perspectives and processes of our own minds.

We project these patterns on the external world in the attempt to better understand and predict it.  Therefore, the patterns we see in the real world tell us as much about ourselves as about our environment.

Fictional narratives are our attempt to document the nature and essence of the way people think, feel, and interact as determined through observation and internal exploration.

Though one might expect all fictional narratives to be intentional, consider sub-text and patterns of meaning that illuminate the nature of the author, but were unintentional and unseen by the author in the process of creation.

A single work, be it a simple tale, a fully argued story, a song ballad or stage play, may have many multiple narratives operating in the same narrative space simultaneously.  Individual readers or audience members may tune into several, many or none of these additional narratives beyond the principal intended ones.

A good example of this would be a story that was taken very seriously by the author, but strikes most of the audience as laughable – a comedy in fact.  And, what’s more, the audience may actually believe that the work was intended as a comedy, though that could be diametrically opposed to the intent of the author.  What is a passionately argued point of view to the author may appear as simple pandering or propaganda to an audience.

In fact, two different audiences may interpret a given work’s narrative meaning differently, as experienced by stage actors whose performance as a company may be virtually identical from show to show, but is received completely differently by each audience that enters the theater.

Further, contextual changes in the real world may cast a narrative into a different meaning than its initial impact, or may even appear to reflect a different author’s intent.

In the real world, when people gather together for a common interest or purpose, they self-organize into a narrative pattern.  For example, we each possess reason and also skepticism.  These qualities are part of a palette of human traits we bring to bear in the making of narrative patterns.

When we assemble, we  tend to specialize with each individual focusing on applying one of our problem solving methods, rather than having a collection of people all acting as general practitioners.  In this way, each specialist is able to delve deeper into the method they fulfill as they do not have to consider the others more than superficially.

An automatic byproduct of specialization is that each individual comes to represent a different aspect of the mind so that, as a group, they form a representation of a single mind in which each attribute has been made tangible and incarnate in one of the members.

It is this self-organizing principal and this externally projected model of the mind that was observed, documented and refined by hundreds of generations of storytellings until they became fixed in the conventions of narrative structure.

To the point of this article, since there is seldom, if ever, a conscious decision among the members of a newly formed group to organize themselves into a model of the mind the narrative patterns they form are authorless.

Certainly, the study and application of narrative is a popular endeavor of any larger organization these days, and justifiably so.  But the understanding of narrative is as a story, not as a self-organizing principal of society based on replication of internal patterns of psychology in an individual.

Let us then consider that when several narrative groups come together toward a common interest or purpose, the groups themselves will self-organize into a larger narrative – a fractal of the structural/dynamic patterns of each individual group.  Each group, then, become a character in the larger narrative, just as each individual in a single group is a character within that narrative.  This fractal replication may continue infinitely up one fractal dimension to the next until the very nations of the earth are acting a characters within a single global narrative.  I call this fractal psychology.

As each individual, group or group of groups operates, there are many free agents in the social petri dish who form the analog medium in which each narrative resonates.  Just as there may be two colonies of bacteria in a single dish or growth medium, there may be two social narratives in the same social venue or environment.

These multiple authorless narratives may stand alone and separate so that they do not interfere with or influence each other, or they may touch edges, overwhelm one another, combine, join together as members of a larger narrative, cancel each other out, or pass through each other like colliding galaxies traveling from here to there and sharing the same space, but never or rarely having any direct interaction or collision among their members.

Narratives, like galaxies or atoms are mostly open space.  Though they may rarely interact directly, each element of a narrative possesses some degree of the equivalent of gravitational pull and momentum so that, both as it components and as a whole, a narrative extends beyond its borders to exert social influence even where it has no actual connection.

Further, each element of a narrative may, in fact, be a member of another or several other narratives, so that each of us has many stories in our lives built around each individual relationship and function, be it as a parent, employee or club member.

It is the complex influences of the multiple magnitude overlapping narratives in any given social space the creates complex interference patterns as they operate, much like several stones dropped into a pond a the same time.

Some of these influences create standing waves of various durations: peaks, the shorter being thought of as memes and the longer being thought of as social conventions.  Similarly, there are troughs which become temporary social dead zones or transient restrictions of law, and in longer form fossilize into taboos.

But most important of all, because we (as both individuals and collectively as groups) create patterns, even from chaos (as in clouds and constellations), we seek to impose narrative forms on the peaks and troughs to find meaning that will provide understanding and prediction – a natural survival technique.

Though truly chaotic, the conjunction of the undulating influences of multiple narratives in a social space does create momentary truths that effectively represent the collection impact of all operating systems within the space, though the accuracy and duration of these truths varies.  And so, meta-narrative forms may be perceived that, though they have no author, still provide an organizing matrix for immediate decisions.

In addition, the manner in which the nature of an imposed narrative changes in the endless flux of the multi-narrative influences in the medium of the social environment may indicate collective inertia and collective acceleration, deceleration, sharpening or defocusing of narrative elements, not to mention the overall course and course-changes of the imposed narrative pattern.

And , since the human mind, and therefore the narrative mind, possess both a binary logical understanding derived from our neural networks and a passionate drive derived from the analog standing wave undulations of our own biochemistry projected into the personal interactions within the open space of a social group narrative group, narratives are imposed/perceived upon chaos both in reason and emotion and call us to action both in our individual and collective heads and hearts.

Finally, as we all (individuals and groups) have a conscious mind as well as memory, sub-conscious and pre-conscious filters, narratives may be imposed at any or all of these levels of consideration, and therefore acted upon both in calculated and responsive manners, both cognitively and affectively.

And so, the very fabric of culture truly has no author, for it is neither intended nor directed.  Yet ultimately, the broadest of these perceived narrative patterns are far beyond our ability to grasp in their entirety, and are therefore felt to possess universal truth, while the  perpetrator of these trans-human authorless narratives is assumed to be a deity.