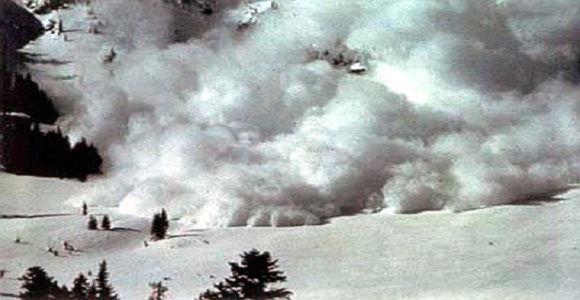 One of the writers I coach recently wrote to me about getting drowned in a sea of ideas for his story, unable to organize his material, make choices, or more forward.

Here is the note I wrote him in response that might have some value for y’all:

I noticed in our previous work together that you often came up with multiple potential plot lines for your story, all equally good, but mutually exclusive. In other words, you have a lot of creativity and keep coming up with a fountain of ideas but they are incompatible with each other if they were placed in a single story, and you have trouble choosing the ones that work together and rejecting the others.

You are not alone in this. Another creative writer I have as a client has the same problem as you. He created a whole universe – a wondrous fantasy world with the potential to be another Harry Potter success but this time in a fantasy land focusing on a young girl – so inventive, so imaginative. But, every time he came up with another great idea, it would shatter the storyline he was working on and break it into pieces like shattered glass. He couldn’t put the pieces back together again and so he came up with a whole new storyline in that world in which the fragmented pieces could be sprinkled.

The sad thing was, each of his storylines was wonderful, but he rejected each because of new ideas he couldn’t fit into them.  I believe that is the same problem you have. Basically, you are so durn creative that you pour out wonderful new ideas all the time. But because they are inspirations, they don’t necessarily fit into what you’ve already written.

Now for most writers who aren’t as inventive as you and my other client, selecting a single plot and a single story is the way to go, simply because they don’t have bushel baskets of other ideas about their story’s world. But for you and my other client, the answer is something else. And it is actually very simple. And, in fact, I’ve already given the secret to both of you, but neither of you has used it, and for the life of me I haven’t figured out why yet.

I’m thinking that your answer is not to reject any of the wonderful ideas but to create a series of books, each of which opens a whole new aspect of what we learned in the previous book. In fact, each new book may completely change what we, the reader, thought was going on in the last book we read, because now a whole new perspective has been created that throws everything into a different context and creates a different meaning.

You just pick the story you want to tell first – make that choice – then pull together all the creative ideas that work around that storyline and put all the other ideas into a sack to be used in later books in the series. That way, no idea is ever rejected, it is just earmarked for down-the-line.

So, with my other creative client, we worked out a master story arc of five books, each of which revealed a different aspect of his story’s world until all his creative ideas were included. And that’s also what you and I did – working out multiple stories that would eventually be able to use all your different storylines and situations.

But, to my surprise, neither of you actually got past that point. I don’t know if the desire to “get it all in one book” is too strong to consider a series or if, perhaps, the idea of the potential tedium of a whole series which requires sticking with a particular story world for a long time is a motivation killer.

In the case of my other client, as soon as he saw he had so many ideas it would take several books to express them all, he dumped his whole story world of fantasy and started a whole new story set in the New York world of high-competition design.

This is the curse of the overly creative mind. It has nothing to do with talent or manner of expression or intelligence. It is just that in some folks the Muse is ramped up so high that the new ideas drown their ability to complete – they are constantly drawn to the next truly wonderful idea and cannot help but lose interest in the idea they ostensibly are supposed to be working on. Once it becomes work, the new ideas are far more interesting because, beneath it all, there is more to being a writer than being creative. It also requires an innate ability of self-discipline – to nail oneself to a chair and write, day in and day out and even when it is deadly boring, unpleasant, unsatisfying, and mind-numbing. That’s how books get written, whereas overly creative minds with equal ability in word play will get nowhere because there is too much to lure them from the drudgery.

That’s the best advice I can muster about why this happens and what to do about it.

One other answer I suggested to my other client was to write his work as a series of short stories. Don’t go for a book-length plot, even if you are aware of every step in that plot. Just write a series of short episodes, each informed by the overall plot line, but each as a stand-alone that doesn’t require the others to be read and enjoyed. In this manner you can muster enough self-discipline to complete something in short form before being dragged away, and eventually can bundle all those short tales in your story world into a single book or series of books.

Other than that, however, unless you can bring yourself to pick one storyline and put in the focus to stick with it until it is done, putting all new ideas into a sack for later, I imagine you’ll continue to be frustrated.

So you really have a choice to keep on going as you are or to create a series of books for all your ideas and new ideas but stick with the first one to get it done, or to go to the short story method and then bundle them into books when you reach a “critical mass.”

Someone once said, “I hate writing; I love to have written.” The choice is really up to you.

This article is based on concepts in my