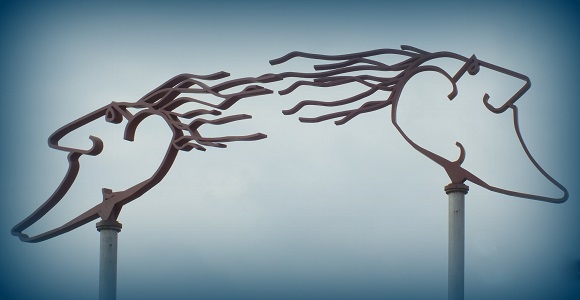 Main characters don’t have to change to grow.  They can grow in their resolve.

It is a common misconception among authors that the main character in a story must change in order to grow.  Certainly, that is one kind of story,  as in A Christmas Carol where Scrooge alters his way of looking at the world and his role in it.  But other stories are about characters overcoming pressures put upon them to change their view point and holding on to their beliefs, such as in Field of Dreams where main character Ray Kinsella builds a baseball stadium in his corn field believing the old time players (and eventually even his father) will come to play.  In the end, he is not dissuaded from what appears to be an quixotic plan of a misguided mind, and his steadfastness results in the achievement of his dreams.

It is essential in any novel or movie for the readers/audience to understand whether or not the main character ultimately changes to adopt a new point of view or holds on to his beliefs.  Only then can the story provide a message that a particular point of view is (in the author’s opinion) the right or wrong way of thinking to achieve success and personal fulfillment.

But not all stories have happy endings.  Sometimes, the main character changes when he should have stuck with his guns in regard to his beliefs and becomes corrupted or diminished or fails to achieve his goals  A good example of this is in the movie The Mist (based on a Stephen King novel) in which the main character finally decides to give up on trying to find safety from monsters and shoots his son and surrogate family to save them from a horrible death only to have rescuers show up a moment later.

Other times, holding onto a belief system leads to tragic endings as well, as in Moby Dick in which the main character, Captain Ahab (Ishmael is the narrator), holds onto his quest for revenge until it leads to the death of himself and the destruction of his ship and the death of all his crew, save Ismael who lived to tell the tale.

Though writing is an organic endeavor, when you make specific decisions such as whether your main character will change or remain steadfast and what outcome that will bring about, you strengthen your message and provide a clear purpose to your storytelling that results in a strong spine in your novel or screenplay.

Whether your main character changes or remains steadfast is one of the questions we ask about your story in our Dramatica story structure software.  You can try it risk-free for 90 days and return it for a full refund if it isn’t a good fit for your writing style.