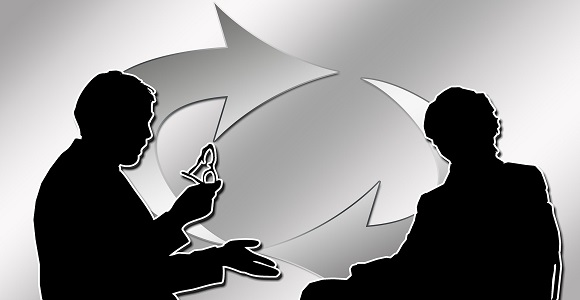 Typically, writers recognize that their plot would have no tension if they only had a protagonist trying achieve something.  Without an antagonist working against the protagonist, there would be little tension in a story – just obstacles to overcome.

But when it comes to the main character who represents a way of looking at the world, such as Scrooge or Hamlet, writers often don’t consider that without a character representing the opposing point of view, the message is just a moral statement lacking the power to convince.

For example, in A Christmas Carol, Scrooge’s world view is challenged by the ghosts (including Marley) so that the message that we must open our hearts to our fellow human beings is not just stated, but argued scene by scene and “proven” by the outcome at the end.

Hamlet seeks revenge and sets all kinds of conditions on obtaining it, such as when he cannot kill his father’s murderer because the kind is praying and might go to heaven.  In the final battle, he fails to change and also fails to achieve revenge.

As you can see, the outcome of the plot is hinged to the personal or moral decision made by the main character as when Luke Skywalker (in Episode IV) finally comes to trust in his own inner voice (the Force), and shuts off the targeting computer.  The message is that only by trusting in ourselves can we achieve our goals.  Simple, but effective.  Imagine how less involving it might have felt if that scene were removed where the spirit of Obi Wan tells Luke to trust in the Force.  What if Luke just used the computer like everyone else?  Then was he just lucky to win or just more skilled?  Sure he achieves the goal, but where is the sense of personal fulfillment as when Scrooge changes to embrace compassion?

Some stories focus on the plot, like Star Wars, and others focus on the message, like A Christmas Carol.  But if Star Wars had no message at all, or A Christmas Carol had no plot to carry the message forward, each would lose something essential that contributes greatly to their importance and staying power with each and every reader/audience member.

But we are here to discuss the Influence Character.  Actually, just to introduce the concept for now.  You can find all kinds of articles about that character just by searching on this blog.

So in the simplest sense, the Influence character has an opposing world view, philosophy, or moral outlook to that of the main character at the start of a story.  These views are clearly delineated so the readers or audience understand the issue at the heart of the story’s passion.

One solution to this is to have one character anchor both stories, such as in Star Wars where Luke is both protagonist and main character, but have the plot battle with the antagonist and the message battle with a separate influence character.  In Star Wars, it is Obi Wan who provides the moral influence to Luke to let go and embrace his inner Force, even while Luke must battle the empire (Darth, Gran Mof Tarkin, Stormtroopers and all) in the plot.

This creates a classic “Dramatica Triangle” in which both logistic and passionate forces converge on one character, but each line is separate so that each can be explored individually.  This is often done with a love interest that has a philosophy or moral view opposite to that of their lover, the protagonist/main character.  The love interest is the influence character, and the protagonist battles the antagonist in the plot.

This often leads to an opportunity when the antagonist holds the love interest in danger, and the protagonist / main character must, due to circumstances, go against the love interest’s moral view in order to save them.  This really puts the p/mc on the spot since they really are making a choice between losing the life of the love interest or losing their love – a classic dilemma requiring a leap of faith.  And then, as an author, you can have them go with the morality or go against the morality, and as a result of their choice succeed or fail in the goal.  The choice is really up to you as to the meaning  you want your story to have.

Other times, the split between plot and theme is into two completely separate lines, such as in To Kill A Mockingbird where the plot is all about the protagonist a lawyer trying to get a fair trial for a black man wrongly accused of raping a white girl in a small 1930s southern town, and the antagonist, the father of the rape victim, who wants the defendant lynched without a trial.  But the theme is all about the lawyer’s young daughter and here unwitting prejudice against a mentally challenged neighborhood man she has never met.  He turns out to be her protector, and through his actions, convinces her (just as the ghosts convince Scrooge) that she was wrong to pre-judge him.  Two message of prejudice – one of fighting against it, and one a word of caution to look for it within ourselves.

Well, I could go on and on, and in fact I have in many articles over the years on the same topic that you can find just by searching on this blog.