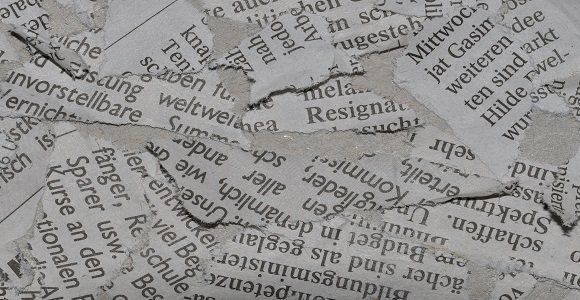 By necessity, authors are so focused on what they are putting into their stories that they often don’t think about what isn’t there.  Yet the early stages of story development only create a framework – a skeleton – and for a story to truly take shape, become organic, and take on a personality, many additional details will be needed.

Here’s a simple technique you can use to add depth and breadth to any story.

First, write a brief one or two sentence description of the core of your story.  For example, here’s a thumbnail description of a story my son and I for years have threatened to write:

The government has been developing a new breed of shark that lives in snow rather than water for use as mobile land mines in places such as Siberia or the Arctic.  A transport plane carrying them crashes in a storm high in the Rocky Mountains.

Now, we ask questions about each sentence in our thumbnail:

Questions about the first sentence:

The government has been developing a new breed of shark that lives in snow rather than water for use as mobile land mines in places such as Siberia or the Arctic.

1. What branch of the government is involved?

2. Is this sanctioned or rogue?

3. Who is/are the scientists behind this?

4. How long has this program been going on?

6. Can the sharks breathe air?

7. Do they require cold (can they live in heat)?

Questions about the second sentence:

A transport plane carrying them crashes in a storm high in the Rocky Mountains.

2. How many sharks was it carrying?

4. Where was the transport taking the sharks?

5. Why couldn’t they wait until after the storm?

6. How many crew members are on board?

8. Do the crew members know what they are carrying?

9. Do any sharks survive?

10. If so, do the sharks kill all the survivors?

11. Is there anything in the wreckage that reveals the cargo, its nature and who is behind it?

12. Is the crew able to contact their command center before crashing?

13. Are they able to convey their location?

As you can see, each question is like a thread you can pull – a story thread that can open up a whole new aspect of your plot progression and character arcs.

If you were to answer each of these questions, your story would expand from that simple two-sentence thumbnail into a much richer story.

Then, you could ask questions about each sentence in the new, expanded story and grow it even larger very quickly.

If you already have a story, be it just an outline, a short synopsis, or even a complete draft, asking questions like these about key expository sentences in your manuscript can help offer alternatives to what may be a cliche story line, or to add more detail or subordinate plot lines that enrich the fabric of your overall story.

In summary, the point is that you don’t have to bang your head against a blank page trying to come up with ideas.  Just tear your story apart with as many questions as you might reasonable ask, and it will grow like baseless rumor on the internet.