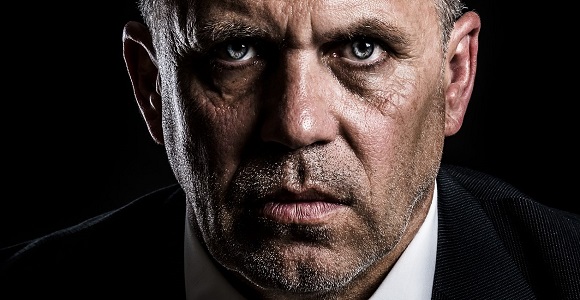 The Antagonist and the Influence Character do two different things, but both of those jobs can be given to the same person in your story.

When the Antagonist and Influence Character jobs are done by the same person, the story tends toward melodrama because both the plot and message are anchored in the same place, muddying the waters so that it is hard for your readers/audience to follow the plot and/or understand your message.

Full-on melodrama occurs when the Protagonist is also the Main Character AND the Antagonist is also the Influence Character.  Then, both the plot line and the message line are completely on top of each other, and the points you are trying to make are all mixed up with each other, losing the details and creating a much more “primary color” story than one of depth and shading.

Most often, those two parallel story lines, the plot line and the message line, are pried apart at one end to separate them, creating a Dramatica Triangle.  So, the Antagonist is one person and the Influence Character is another.  But, the Protagonist and Main Character jobs are still done by the same person.  This creates the typical Hero at the anchor point who is trying to defeat the Protagonist in the plot and also prevail against the Influence Characters in the message.

In Dramatic Triangle stories, the Antagonist is often the Bad Guy or Villain, and the Influence Character is often the Love Interest, or someone the Hero loves, as in a child or someone he wishes to protect.  The Antagonist tries to stop the Hero and the Influence Character tries to argue for, or represents value standards in conflict with the Hero.

In the end, the Hero must choose to stick with his values  or adopt those of the Influence Character, and how the Hero chooses (often in a leap of faith) determines whether the goal will be achieved or not.

And to make matters even more dramatically tense, you can have the Antagonist put the Influence Character in danger and arrange a dilemma for the Hero so can only save his Love Interest if he violates the Love Interest’s value standards, thereby losing their love, or he can hold to the Influence Character’s value standards and lose the one he loves.  The message is, which is the right choice?  And the proof often comes with a surprise boon of success if the Hero chooses properly, or with a surprise failure or cost if the Her chooses improperly.

Famous Influence Characters are the ghosts in A Christmas Carol, Obi Wan Kenobi In the original Star Wars movie, and Hannibal Lecter in Silence of the Lambs, who pressures Clarice Starling to let go of her angst and ultimately asks her over the phone, “Tell me , Clarice… Are the lambs still screaming?”  Clarice, the Hero, chooses not to give up her angst and still suffers for it into the future.  But, on the plus side, it is that angst that drives her, which helps her solve crimes and protect others, so it is a good choice for her good works, but a horrible choice for her own peace of mind.

Finally, sometimes the plot and message lines are completely split, as in To Kill A Mockingbird.  In this story, the Protagonist is Atticus, the lawyer in a small southern town in the 1930s trying to get a fair trial for a black man accused of raping a white girl.  The Antagonist is the girl’s father, who wants the man lynched.

But the Main Character is Scout, Atticus’ daughter, and the Influence Character is Boo Radley who she has always presumed to be a dangerous child-killer, buying into the town rumors.  Turns out Boo is simple-minded but good hearted and has been protecting Scout all along.

When the father of the girl tries to endanger Scout, Boo stops it and saves her.  And scout comes to realize that she was wrongly basing her feelings about Boo on hearsay.

This makes the story’s message point.  That any of us, even a child, can buy into prejudice, and it doesn’t have to fall along race lines.

So, in this case, it was important to separate the plot line to run in parallel to the message line, rather than anchoring them together in a Dramatic Triangle, in order for the point to be made.