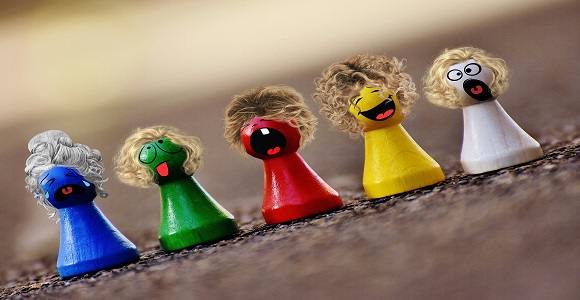 In this article you’ll discover a technique for drawing characters out of a one-sentence description of your story called a log line.

These steps are excerpted from the all-new version 4 of our world-famous StoryWeaver Software that carries you through 200 story development steps to a completed novel or screenplay.

Characters are the heart and soul of every story. It is through characters that plot events become meaningful, theme becomes message, and genre envelopes your readers or audience.

You may already have quite a few characters in mind, perhaps your hero or main character, and you may have done quite a bit of preliminary development. Or, you may have only created the characters that grew from your log line. Either way, it never hurts to put out a general casting call for additional players to populate your story.

Step One:  Write a log line for your story

A log line is a one-sentence description of your story such as A sheriff is trying to stop a gang of cutthroats from repeatedly robbing his town.

Clearly, a log line lacks any passion, but that is its purpose: to describe as concisely as possible the essence of your story’s plot and the most central character(s).

This can be a bit challenging since there is so much you may want to include about your story – the things that make you want to write it in the first place.

For some help with this step, read our article, Grow Your Story from a Log Line.

For this step, list your characters by their job or role such as Mercenary, John’s Wife, Village Idiot, etc. If some of your characters already have names, you can include them, but if any of your characters are listed only by their name be sure to add their primary activity or position, such as “Jane – Office Worker,” “Lieutenant Colonel Jane Maddow,” or “Tom’s Cousin, Jane.”

In a later step, we’ll develop interesting and perhaps significant names for all your characters.

Be sure to read your log line carefully as it is easy to miss some minor characters such as “a maid discovers the notebook.” or group characters as in “the hero faces off a crowd” Both the maid and the crowd are explicitly mentioned characters, and though they may not have a lot to do now, by listing them, you may find occasion to employ them more effectively or to expand or recur their roles as your story develops.

For all of these steps we’ll use the log line we introduced in step one as our example:

A sheriff is trying to stop a gang of cutthroats from repeatedly robbing his town.

Now, we list the only characters explicitly named in the material:

Your log describes the event(s) that are central to your plot. In this step, list any characters that your synopsis doesn’t specifically name, but that would be almost necessary to drive your plot forward. For example, if your story was about a sailor on an eighteenth century ship, you would expect to encounter the captain, even if he wasn’t mentioned in the long line because the story is all about the sailor’s relationship with a rat in the hold.

In other words, shake yourself free of your focus on the characters you already have in mind and put yourself in each scenario in your synopsis. Lift up your head, look around, and see who’s there (or who you’d expect to be there). The expected characters may not be connected to your plot yet, but by recognizing who’s in the vicinity you will open up opportunities to enrich your story and make your scenes more real.

Again, list your expected characters by role, though you can include a name if they have one.

In this step, list just those characters whose absence might be surprising in a story such as yours. As we continue through the steps, we’ll range farther from the these expected characters, but for now, think within the box. In this part of your casting call, stereotypes are welcome.

A sheriff is trying to stop a gang of cutthroats from repeatedly robbing his town.

In the previous step we listed all the characters explicitly identified in our sample log line. But, you’d expect the sheriff to have a deputy and the town to have a mayor. And, if the town is being bled dry, then a banker, some businessmen, and shopkeepers would be in order as well. Without these additional characters, it would be hard to see how the plot could move forward smoothly and naturally.

Near the end of the classic motion picture, Casablanca, the prefect of police tells his men to “round up the usual suspects,” and that’s what you’re going to do here.

In the previous step, you added characters to your growing cast list that are almost required to move your plot forward smoothly, though they weren’t specifically mentioned in your synopsis. Range a little wider now and consider other common characters that might populate stories such as yours, though they may not play a major role.

In the example story about the sheriff that we’ve been using, no one would be surprised at all to encounter:

There is no specific limit to how many or how few “usual characters” you can or should add to your growing cast list. So just add the ones that come easily to mind and appeal to you.

Don’t be worried if any of your additions seem stereotypical or too predictable. By the time we’re through a few more steps they will all become far more interesting.

So for now, beef up your cast with any additional characters that would fit right in your story as described in your synopsis, even if at the moment they are rather mundane.

In the previous step you added some characters to your cast list who would not raise an eyebrow if they showed up in your story’s world.

Now, let yourself go a bit (but just a bit) and list a number of characters that might seem somewhat out of place but would still be fairly easily explainable in such a story as yours.

Adding one or two somewhat unexpected characters to a story can liven up the cast and make it seem original, rather than derivative.

Remember, you aren’t committing to using any of these characters in your story; you’re just making them available to consider for inclusion.

The more unusual characters you can list, the more variety you have to choose from. And in addition, each unusual character offers the opportunity to develop an interesting story line that can enrich your plot as well.

In our example story of a small town in the old west, these “unusual characters” might include:

A troupe of traveling acrobats

You may be wondering why you’d want to have such odd characters in an otherwise normal story. The reason is to prevent your story from being too normal.

Neither reader nor publisher, audience nor producer will want to waste time or money on a book or movie that is just a rehash of the same tired material they’ve read or seen over and over again.

What they are looking for is something with a unique personality – something that sets itself apart from the usual run of the mill.

Adding one or two somewhat unexpected characters to a story can liven up the cast and make it seem original, rather than derivative.

Once again, you won’t be married to all these characters. They are just a gene pool from which to select your actual cast in a later step.

So, add to your list some slightly odd, offbeat, unexpected or quirky characters – no one too unusual, mind you – just folks who would not immediately come to mind in a story such as yours but could be explained with a little effort – folks to add a dash of color and interest to your story.

In the next step we’ll pull out all the stops!

Finally, pull out all the stops and list some completely inappropriate characters that would take a heap of explaining to your reader/audience if they showed up in your story.

Although you’ll likely discard these characters, just the process of coming up with them can lead to new ideas and directions for your story.

For example, the town sheriff might become more interesting if he was a history buff, specifically reading about the Roman Empire. In his first run-in with the gang, he is knocked out cold with a concussion. For the rest of the story, he keeps imagining the Ghost of Julius Caesar, giving him unwanted advice.

You now have a group of potential players for your story ranging from those specifically called for in your log line to a few odd-balls hanging around in the shadows.

In this step you’ll review that list and eliminate any characters you are completely sure you will never use. (But keep in mind how we decided to employ the Ghost of Julius Caesar in our example in the previous step, so give each character due consideration before discarding it out of hand.)

First, combine all your characters into a single list. Once you have them grouped together, think about each one independently and determine if it potentially has something to offer to your story, either directly to your plot or even as a “Window Dressing Character” that doesn’t affect the plot but provides some color, energy, or comic relief. Remove any characters from your list that don’t make the cut for any reason, even if you just don’t like them.

In the steps that follow, we’ll do additional development of your remaining characters to better judge their potential, and then you’ll make a final cut to narrow your casting call down to just those characters you are absolutely sure you really wish to pursue.

After that we’ll employ a technique for busting stereotypes and then move on to the next section of story development.

These steps are excerpted from the all-new version 4 of our world-famous StoryWeaver Software that carries you through 200 story development steps to a completed novel or screenplay.