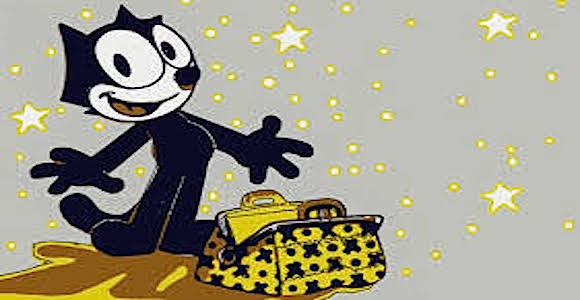 Here are four useful techniques to add to  your novelist’s bag of tricks:

A novel can be extremely free form. Some are simply narratives about a fictional experience. Others are a collection of several stories that may or may not be intertwined.

Jerzy N. Kosinski (the author of “Being There,” wrote another novel called “Steps.” It contains a series of story fragments. Sometimes you get the middle of a short story, but no middle or end. Sometimes, just the end, and sometimes just the middle.

Each fragment is wholly involving, and leaves you wanting to know the rest of the tale, but they are not to be found. In fact, there is not (that I could find) any connection among the stories, nor any reason they are in that particular order. And yet, they are so passionately told that it was one of the best reads I ever enjoyed.

The point is, don’t feel confined to tell a single story, straight through, beginning to end.

Rather than think of writing a novel, think about writing a book. Consider that a book can be exclusively poetry. Or, as Anne Rice often does, you can use poetry to introduce chapters or sections, or enhance a moment in a story.

You can take time to pontificate on your favorite subject, if you like. Unlike screenplays which must continue to move, you can stop the story and diverge into any are you like, as long as you can hold your reader’s interest.

For example, in the Stephen King novel, “The Tommy Knockers,” he meanders around a party, and allows a character to go on and on… and on… about the perils of nuclear power. Nuclear power has nothing to do with the story, and the conversation does not affect nor advance anything. King just wanted to say that, and did so in an interesting diatribe.

So feel free to break any form you have ever heard must be followed. The most free of all written media is the novel, and you can literally – do whatever you want.

Get Into Your Characters’ Heads

One of the most powerful opportunities of the novel format is the ability to describe what a character is thinking. In movies or stage plays (with exceptions) you must show what the character is thinking through action and/or dialog. But in a novel, you can just come out and say it.

John walks slowly to the window and looks out at the park bench where he last saw Sally. His eyes fill with tears. He bows his head and slowly closes the blinds.

John walked slowly to the window, letting his gaze drift toward the park bench where he last saw Sally. Why did I let her go, he thought. I wanted so much to ask her to stay. Saddened, he reflected on happier times with her – days of more contentment than he ever imagined he could feel.

The previous paragraph uses two forms of expressing a character’s thoughts. One, is the direct quote of the thought, as if it were dialog spoken internally to oneself. The other is a summary and paraphrase of what was going on in the character’s head.

Most novels are greatly enhanced by stepping away from a purely objective narrative perspective, and drawing the reader into the minds of the character’s themselves.

One of the biggest differences between a pedestrian novel and a riveting one are the clever little quips, concepts, snippets of dialog, and fresh metaphors.

But coming up with this material on the fly is a difficult chore, and sometimes next to impossible. Fortunately, you can overcome this problem simply by keeping a daily log of interesting tidbits. Each and every day, many intriguing moments cross our paths. Some are notions we come up with on our own; others we simply observe. Since a novel takes a considerable amount of time to write, you are bound to encounter a whole grab bag of tidbits by the time you finish your first draft.

Then, for the second draft, you refer to all that material and drop it in wherever you can to liven up the narrative. You may find that it makes some characters more charismatic, or gives others, who have remained largely silent, something to say. You may discover an opportunity for a sub-plot, a thematic discourse, or the opportunity to get on your soapbox.

What I do is to keep the log at the very bottom of the document for my current novel, itself. That way, since the novel is almost always open on my computer, anything that comes along get appended to the end before it fades from memory.

Also, this allows me to work some of the material into the first draft of the novel while I’m writing it. For example, here are a few tidbits at the bottom of the novel I’m developing right now:

A line of dialog:

“Are you confused yet? No? Let me continue….”

“None of the victims was seriously hurt.” Yeah – they were all hurt in a very funny way.

Corollary ~ There are no good people in positions of power

I haven’t worked these into the story yet, but I will. And it will be richer for it.

Unlike screenplays, there are no budget constraints in a book. You can write, “The entire solar system exploded, planet at a time,” as easily as you can write, “a leaf fell from the tree.”

Let you imagination run wild. You can say anything, do anything, break any law, any taboo, any rule of physics. Your audience will follow you anywhere as long as you keep their interest.

So, follow your Muse wherever it leads. No idea is too big or too small. Write about the things you are most passionate about, and it will come through your words, between the lines, and right into the hearts and souls of your readers.

This article is drawn from our
StoryWeaver Story Development System