When parents let their child die because of their faith, scientists condemn the parents and proclaim them devoid of humanity, yet I’ve never read of a scientist trying to empathize with the parents in order to understand their motivations.

Imagine an intelligent, educated parent of faith who truly believes that medical care would condemn their child to eternal suffering. Consider the pain and anguish they suffer by believing there are only two choices: save their child now and doom them to unending torment after death, or to lose their child when they know they could save them to make the sacrifice of carrying that loss of a child that could be avoided, and worse, to know they are the instrument of their child’s death, but to be willing to suffer this for their child – to hold the emptiness and excruciating agony forever in their the hearts to save their child’s eternal soul.

For truly caring people of faith, their choices are seldom easy and never cavalier. I know this for though I have always held science over faith, I grew up in a household of faith. I have personal experience watching my father and mother grapple with decisions such as not allowing me to wear a costume to school on Halloween to be in the parade. I was disappointed, but I never felt they meant me ill will. In fact, I know it was quite the opposite, and while unhappy with the missed experience, I have never held them in any negative regard, but rather recognized how much they loved me to protect me, even if it caused me unhappiness and them emotional pain.

People of faith, for their part, hold science in disrespect because science often seeks to invalidate their beliefs such as with those parents and the sick child – science will go right for the throat and condemn them because there is no hereafter, so they are just hurting their child.

But what if there is a hereafter? Science certainly cannot disprove it. As scientists, many of us are “sure” there is not because it seems in contradiction with the way we understand the mechanism of existence. But we do not, as of yet, have any idea what self-awareness really is or how it comes into being, or what happens to it after our corporeal support mechanism fails. We see strokes, brain injuries and birth defects of the brain and determine that by some unknown mechanism, our identity is dependent upon the physical host in which it resides. But what proof do we have of this? Without proof, how can we disrespect those who have come to another conclusion? I this case, it comes down not to science against faith, but faith against faith – two different belief systems in conflict.

Those who hold faith above science are not devoid of reason. In fact, once faith is established, then reason is employed to determine how best to move forward with that given. I have not data to support this, but I would venture that the average IQ of people of faith is not much different than the average IQ of scientists. The primary difference between the two groups is which came first, the reason or the belief.

Without belief there is no code to say it is wrong to hurt others or to do for ourselves at the expense of others. And without science, there is no mechanism to apply that code.

To be human in the fullest sense of the word, we need both qualities. Faith is our motivation in exploring the universe – it is our belief there is still more to learn, still more understanding to be gained, still more wonders to discover. Without faith, there is no point to science. Without science, there is no purpose to faith.

If we are to ever come together, we must employ both faith AND science to find our way. And we can begin simply with respect for the faithful and regard for the scientists.

Took this on an exploratory trip to Oregon as Teresa and I had always fancied living there.  We did, in fact, move to Salem, Oregon in 2007 and remained there for five years until my narrative science partners and I got hired to use our narrative modeling for use in counter terrorism for the CIA, NSA, NRO and the Joint Chiefs on several projects running up through 2015.

Salem was the only time (so far) I have lived out of my birth state of California.  Though we were cash poor, we lived extremely well, and had many of the best adventures of my life.

This is my favorite picture of the three of us, taken either just before or just after my parents divorced.  From the walls and woodwork, I believe this may be the bungalow my parents lived in before my mom and I moved in with my grandparents until she remarried when I was seven.

Usually I just post my photographs, but I’ve tried a few signature versions so folks know where they came from.  Here’s an example: 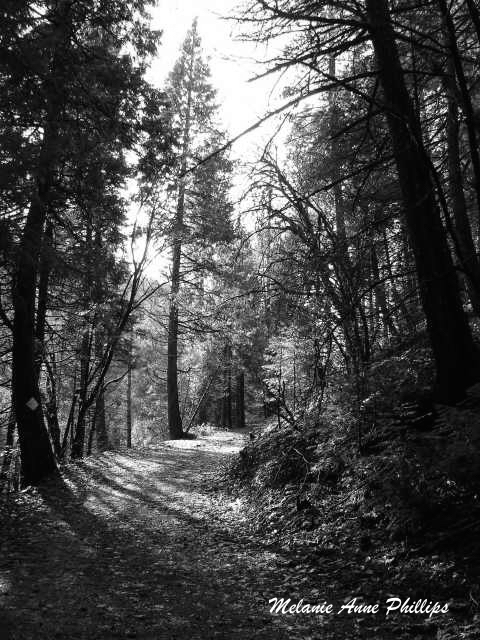 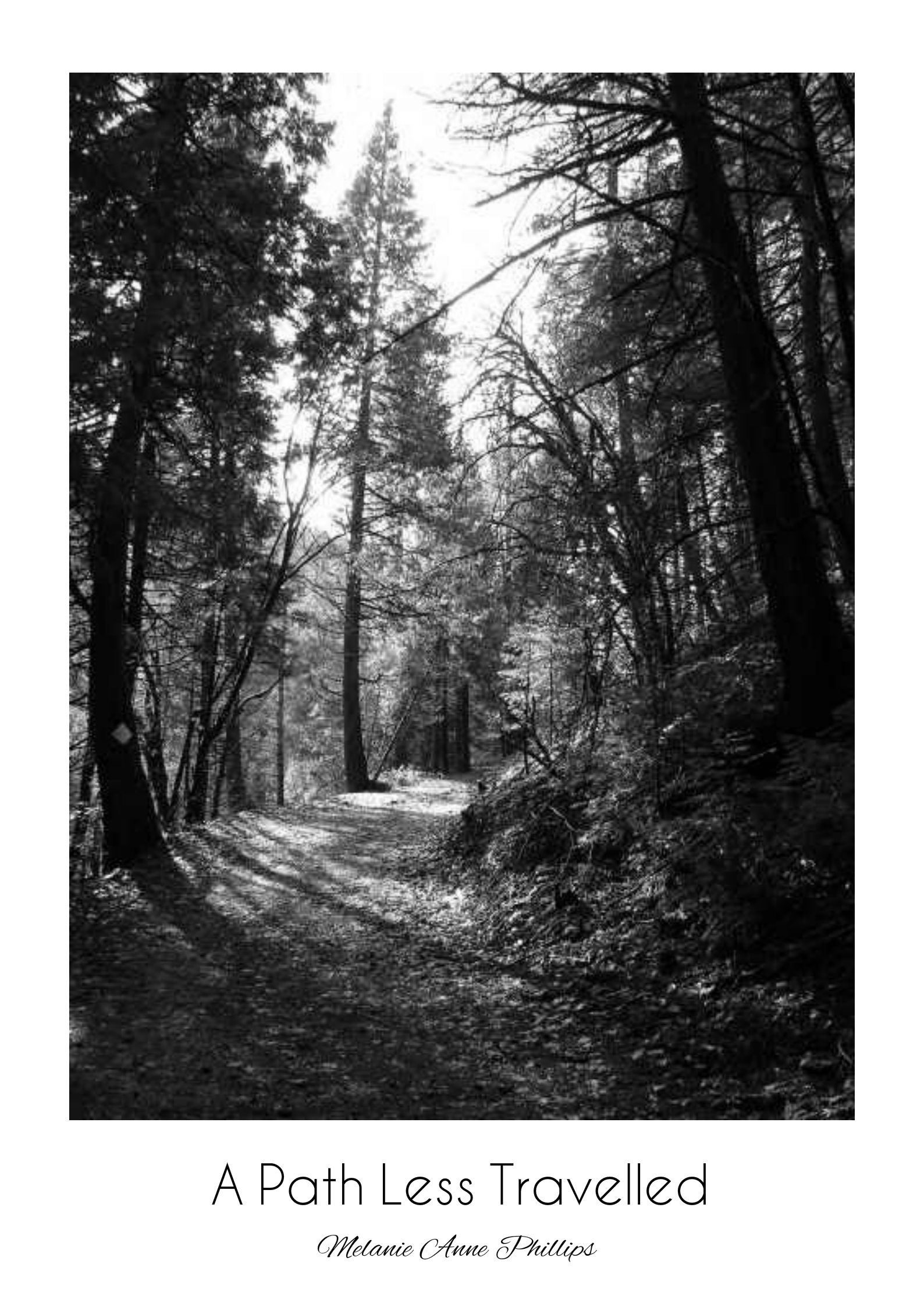 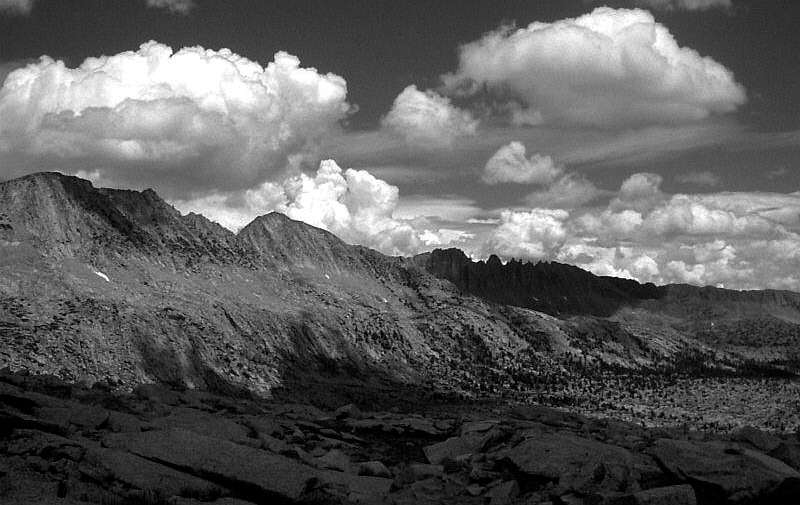 I took this shot while section-hiking on the John Muir Trail out of Yosemite into the Ansel Adams Wilderness.  This is the view you get when coming over Donahue Pass at about 11,000 feet, and then winding down into the glacial moraine on the other side.

This particular day was filled with spectacular clouds and, as luck would have it, just as this landscape came into view, the shadow of a cloud passed over the minarets (the sharp pointy peaks in the background toward the right) throwing them into silhouette against the dynamic sky.  Snapped it, got it.

Yep.  That’s me.  Trying to come up with a frigging idea….