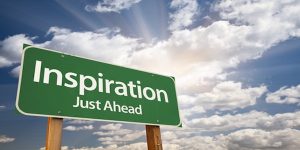 StoryWeaver is a new method of story development with a revolutionary approach.  Rather that focusing on what stories need to be complete, it focuses on what authors need to complete stories.

Other methods look first to construct plot, characters, and thematic message.  Then they direct an author to fashion a story that follows the hero’s journey or a series of genre-specific formulas.

In contrast, StoryWeaver looks toward the author’s journey – the stages through which all writers pass on their way from concept to completion of their novel or screenplay.

Here’s a brief description of each:

The Inspiration Stage begins the moment we have an idea for a story.  This might be an overall concept (computer geeks are transported to the old west), a plot twist (a detective discovers he is investigating his own murder), a character situation (Ponce de Leon still lives today), a thematic topic (fracking), a character study (an aging rock star who is losing his licks) a line of dialog (“Just cuz somthin’s free don’t mean you didn’t buy it.”), a title (Too Old To Die Young) or any other creative notion that makes you think, that’s a good idea for a story!

What gets the hair on your writerly tail to stand up isn’t important.  Whatever it is, you are in the Inspiration Stage and it lasts as long as the ideas flow like spring runoff.  You might add characters, specific events in your plot or even write a chapter or two.  A very lucky writer never gets out of this stage and just keeps on going until the novel is completely written and sent out for publication.

Alas, for most of us, the Muse vanishes somewhere along the line, and we find ourselves staring at the all-too-familiar blank page wondering where to go from here.  Where we go is to Stage Two: Development.

In the Development Stage we stand back and take a long critical look at our story.  There are likely sections that are ready to write, or perhaps you’ve already written some.  Then there are the holes, both small and gaping, where there’s a disconnect from one moment you’ve worked out to the next one, bridging over what you can intuitively feel are several skipped beats along the way.  There are also breaks in logic when what happens at the beginning makes no sense in connection to what happens at the end (like the Golden Spike if the tracks were a mile apart).  There are characters that don’t ring true, unresolved conflicts, and expressed emotions that seem to come out of nowhere.  You may find thematic inconsistency or may even be missing a theme altogether.

And so, the work begins – tackling each and every one of these by itself, even while trying to make them all fit together.  By the end of the development stage, you’ll have added detail and richness to your story and gotten all the parts to work in concert like a well-turned machine, but it probably wasn’t easy or pleasant.

Eventually (thank providence) you’ll have all the leaks plugged and a fresh coat of paint on the thing.  You now know your story inside and out.  But, your readers won’t.  In fact, you realize that while you can see your beginning, ending and all that happens in between in a single glance, all at once, your readers or audience will be introduced to the elements of your story in a winding sequential progression of reveals.  You also realize you have quite unawares stumbled into Stage Three: Exposition.

You know your story, but how do you unfold it for others?  Where do you begin?  Do you use flash backs or perhaps flash forwards?  Do you mislead them?  Do you keep a mystery?  Do you spell things out all at once, or do you drop clues along the way?

There are endless techniques for revealing the totality of your story, many can be used simultaneously, and each one adds a different spice to the journey.  Like a parade, every float and band has a position designed to create the greatest impact.  And when you have all that figured out, you are ready to write as you begin the Storytelling Stage.

Storytelling is all about word play and style.   Whether you are writing a novel, a screenplay or a stage play, there are media-specific manners of expression and conventions of communication, but within those there is plenty of room to maneuver artistically.

Before we send it out the door, we writers shift and substitute and polish until (almost regretfully) we let it go, just like a parent bundling up a child for school.  In the end, as Da Vinci’s famous saying goes, “Art is never finished, only abandoned.”

So, Inspiration, Development, Exposition and Storytelling are the four stages of story development that nearly every writer travels through on the way from concept to completion.

By following the author’s creative journey, the story development process is never at odds with a writer’s Muse.  So story building becomes a smooth and comfortable  endeavor that encourages invention and boosts the motivation to get it done.

In our next installment, we’ll look more deeply into StoryWeaver’s fist stage, Inspiration, to learn about new techniques for coming up with initial ideas for your plot, characters, theme and genre. 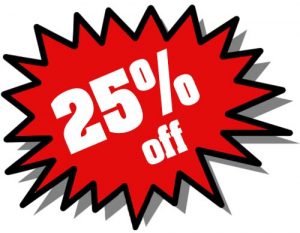 And, with our 90 day money-back guarantee, you can try it for three months, risk free!